The Rich Keep Getting Richer So Buy These 13 Stocks

The rich just keep getting richer.

But it’s hard to deny that the mega-rich seem to be getting…well… mega-richer these days.

And this is all at a time when 40 million Americans have filed for unemployment.

But, as another saying goes, we here at Bottom Line Investing figure: If you can’t beat them, why not join them?

We took a look at three multibillion-dollar hedge funds to see where they put their money in the second quarter, according to SEC filings, and came up with 13 top stocks.

Carl Icahn’s Icahn Capital LP appears somewhat more diversified, as he includes the farming, mining, and agricultural sector in his portfolio. His portfolio leans heavily on financial services though as one-half of his assets are in finance. His greatest investment is in himself, Icahn Enterprises L.P.(IEP), followed by Occidental Petroleum Corporation(OXY), Herbalife Nutrition LTD.(HLF), and CVR Energy Inc.(CVI).

Fisher Asset Management headed by Steve Fisher manages over $100 billion in assets and is heavily invested in the service sector as well. They put a lot of money into tech, financial, and healthcare stocks. Amongst those the fund is invested in are

Bottom Line: The richest Americans have added over $600 billion to their net worths this year. This is thanks almost entirely to rising stock prices.

We here at Bottom Line Investor think that’s reason enough to give strong consideration to any shares they’re adding to their portfolios.

While the media is focusing on Elon Musk’s rocket launch…
Or the latest news about Tesla…
Behind the scenes, he’s quietly doing something unbelievable.
Take a look: 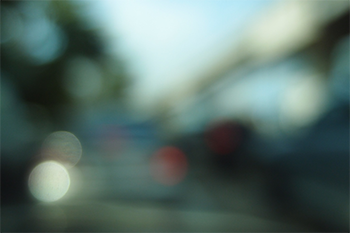 (You won’t believe what Elon’s up to now… the media is NOT reporting on this. Click here for details.)

You simply need to see this for yourself…
Click here now.

Value in This Market? Lock Down These 5 Stocks Before...

Everything You Need to Know About the Nikola Stock Crash...

To gain instant access to our top articles and keep from missing our latest's posts, subscribe today!
You'll only have to do this once and we never spam!

You have successfully subscribed to the newsletter

There was an error while trying to send your request. Please try again.